And help to open the way for more people to participate. 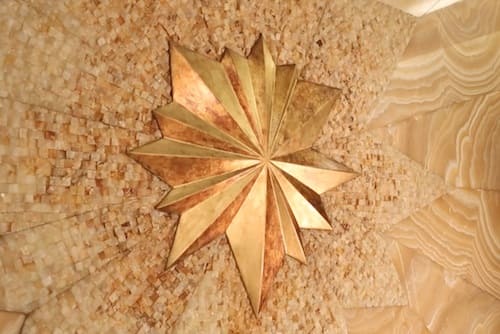 Symbols can help us to directly reconnect to that which they represent. The golden Sun symbol represents Braco's Gift and for many it is a doorway to the light side of life. Those who have once made this connection wish to keep it as long as possible. Therefore they have the Sun symbol always with them, and as many say, they never want to put it off again.

What the Sun Symbol means to those who have it

Ankica, Croatia: The Sun symbol means life for me, because it did save my life. Whenever I am going throughsth difficult, the first thing I do is reach out to my Sun symbol, and then I get strength to go on.

Lee, Canada: For me, the sun symbol means life, love & connection to my heart. Braco's symbol is my connection back to Braco and what comes through his eyes...it's ever present love that we can connect to...when I touch my sun symbol I am transported back & know I am not alone...we are all a part of the ever present love! 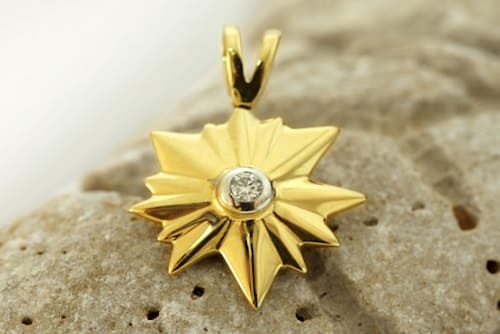 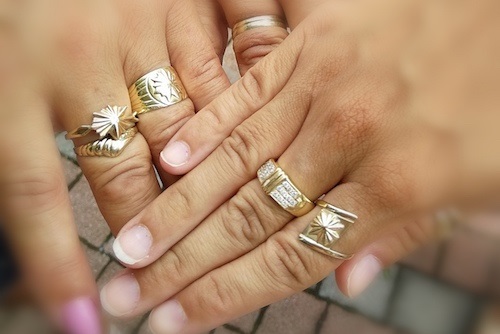 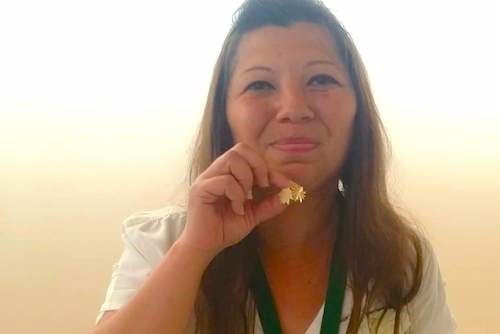 In 2006, Braco completed the Onyx Room at his center, Srebrnjak 1, a special place for the gazing sessions located in the very building Ivica offered his work. With the chamber’s completion, Braco had a large Sun specially designed for this room. A transformation was made at this time and the original design was crafted into a dynamic, 3-dimensional version. The Golden Sun pendant has been offered in this form ever since.

More recently, the strongest of the Earth’s crystalline family was introduced into the 13-ray design, the diamond. The diamond is traditionally associated with the qualities of purity, clarity and strength. As Ivica was guided in the powerful and beneficial properties of gold, the sun symbol is ushered in another level once again with the natural properties of the diamond. 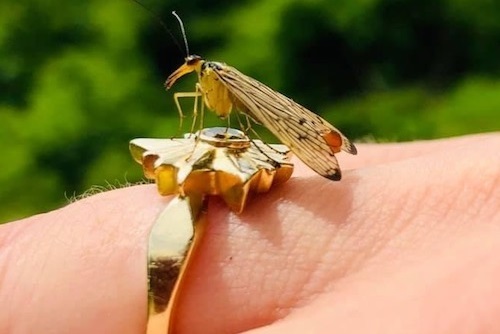 Symbolism (from interview with Plečko in „21 days with Braco“):

It has 13 rays and is of an ancient tradition. Only the 13-ray golden sun actually fits in Yin and Yang simultaneously, both principles are present inside one symbol. This is the only symbol that contains both of the principles, both of the extremes in one. It's very rare in history. It's the perfect combination. It's a unique symbol, a historically significant symbol that unites this principle in such a way that is extremely rare.

Meaning itself goes far deeper than the individual personality… When Ivica had the vision of it, he picked this from the collective consciousness.

How it came about

We know of this Golden Sun from the books and films of Ivica before Braco joined him. Ivica saw it in a vision…Ivica would place this Sun symbol on the cover of all his books. Only days after meeting Ivica in the fall of 1993, Braco would have dreams about the Sun and of giving a special gift to Ivica. Shortly after, Braco went to the goldsmith with a copy of Ivica’s book with the sun symbol on the cover, and instructed the gold maker to design a pendant in gold, which he would later present to Ivica. Ivica accepted the gift only under the condition that he could return the gift to Braco equally, and he had an identical pendant made for Braco's birthday.

Later, Ivica proclaimed that all the staff members who helped him would also be presented with Sun pendants, of the size seen most often today. Once everyone assisting had received theirs, Ivica announced that the time had come to make them next for the people, and thus the first Sun pendants were offered for anyone who had a wish for one. Immediately, some people felt a special connection with the Golden Suns, and now many of them are worn by individuals who have felt the beneficial value in their lives.

Go to video about Sun Symbol...

Click here to find your Sun Symbol in the Shop...